In 2008 he was appointed as the Director of Athletic Bands, which includes duties such as serving as director of the BYU Cougar Marching Band (“The Power of the Wasatch”) and Men’s and Women’s Basketball Pep Bands (The “ROC” Bands). Under his direction, the BYU Marching Band has performed at Bands of America Regional Championships, four times at the Las Vegas Bowl, twice at the San Diego Poinsettia Bowl, as well as the New Mexico, the Armed Forces, The San Francisco “Fight Hunger,” and the Miami Beach Bowls. Additionally, four performances by the BYU Marching Band have been selected for viewing at national conferences of the College Band Directors National Association.

He has served 12 years as Executive Director and host of the Rocky Mountain Marching Invitational, one of the largest and oldest high school marching band competitions in Utah, held for 40 years at Brigham Young University.

The Men’s and Women’s Pep Bands under his direction have made 17 national appearances in the NCAA basketball tournament, including a trip to the “Sweet 16” in 2011.

He is active in several areas of the U.S. as clinician, guest conductor, and adjudicator in area, regional, state, and national concert band festivals, solo and ensemble festivals, and as a marching band and percussion clinician and adjudicator.

Mr. McInnis has been featured in published articles in the Utah Percussive Arts Society magazine, and in Percussive Notes, the official journal of the Percussive Arts Society. He has authored The Complete Book of Scales, a book for band directors and students, and Cleanin’ It Up, an instructional workbook and DVD for mastering drumline techniques, and has twice presented at the CBDNA national athletic band conference. He is one of five campus-wide recipients of the 2011 Brigham Award, recognizing those who have gone far out of their way to serve, and has performed in numerous orchestras in the southeastern United States as a percussionist, and in the Orchestra at Temple Square in Salt Lake City.

A native of Hattiesburg, Mississippi, he earned a Bachelor and Master of Music Education degrees from the University of Southern Mississippi, where he was a student of Thomas Fraschillo and Sherman Hong. He has also completed doctoral level classes in Educational Leadership and Foundations at Brigham Young University.

Prior to his appointment at BYU, Professor McInnis’s public school experience was comprised of teaching and supervisory duties from 1988-2001, on middle, high school, and university levels. Through these years, his bands received superior ratings at the Mississippi Marching Band Festival, superior and excellent ratings in high school and junior high school symphonic wind ensemble, and superior ratings in jazz ensemble.

During this time, McInnis was inducted into the Who’s Who Among America’s Teachers in 1994 and was nominated for Who’s Who in America in 2003. 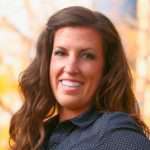